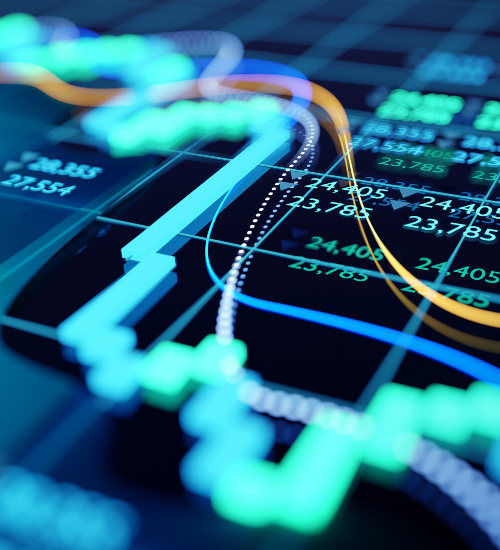 As much of the world hunkers down to stem the spread of the new coronavirus, some Wall Street analysts are speculating about how this global pandemic might affect the broader future of the global telecom industry.

Importantly, some believe today’s upheavals could hasten society’s move in general to a more digitized existence.

And that, according to some analysts, might spur significant levels of investments into telecom networks, including both wired networks and 5G networks.

“We believe the COVID-19 pandemic has accelerated society’s transition to broadband and digitization by at least a decade, and that this trend will continue to march forward,” wrote the Wall Street research analysts at MKM Partners in a note to investors Thursday. “We see broadband access and sufficient bandwidth as increasingly fundamental human needs. We also think that the companies that sell broadband and network capacity solutions will see accelerating business trends, compared to pre-crisis.”

“While causing significant market volatility, the COVID-19 efforts are also likely to drive more wireless usage,” wrote the analysts at Wall Street research firm Raymond James in a note to investors Thursday. As a result, the firm said it raised its rating on shares of US cell tower giant SBA Communications, partly because tower providers can be a “safer harbor in turbulent times” for investors watching Wall Street’s wild gyrations this week.

And the Wall Street analysts at MoffettNathanson pointed out that telecom companies like Charter Communications and Altice USA sit mostly outside of industries like retail and travel that could be severely impacted by COVID-19. “To be sure, Comcast is a special case – 49% of its revenue is non-cable, and much of that non-cable exposure (theme parks, a movie studio) is positioned in the crosshairs of the very hardest hit parts of the economy, and their Sky business is likely to be relatively cyclical, particularly if there are prolonged disruptions to Premier League soccer,” the analysts wrote in a note to investors Thursday. “But, again, Comcast’s cable business, like all cable businesses, should be among the economy’s most resilient.”

Rising usage forcing investments
The analysts at MKM Partners argued that there are already indications that network operators are preparing to raise their investments into their networks in response to rising levels of coronavirus-related traffic, with the expectation that such traffic may remain elevated.

Indeed, the firm pointed out that Verizon and Vodafone – two of the world’s largest operators – have already committed to increasing their spending on their networks this year in response to customers’ rising data demands. Such increases don’t necessarily come as a surprise given widespread indications that people stuck at home are turning to videoconferencing and video streaming in record-setting traffic volumes.

“We believe that consumer willingness to pay for broadband is likely at an all time high,” the analysts at MKM wrote, noting though that there are no indications that any network operators are looking at COVID-19 as a money-making opportunity, unlike some widely chastised hoarders of hand sanitizer.

Further, the analysts speculated that – when the pandemic abates – equipment suppliers ranging from Cisco to Infinera could see a major step up in demand among network operators keen to keep an increasingly digital customer base suitably connected.

“We keep hearing about slow cable modem connections. US customers are not getting the speeds they are paying for since cable is a shared access infrastructure and community usage is way up,” the MKM analysts wrote. “We believe the US cable MSOs will likely be among the next companies to raise 2020 capex targets.”

The how and where of spending
If network operators do in fact raise spending, what might they buy?

In wired networks, service providers likely will look to increase bandwidth through newer technologies like NG-PON 2 and high-end 600G and 800G optical components from the likes of Ciena or Nokia.

And those wired investments will undoubtedly lay the groundwork for wider 5G deployments.

In the US, analysts were already expecting a rise in wireless networking investments outside of the coronavirus on items stretching from Massive MIMO antennas to cell tower real estate to spectrum for 5G rollouts.

Indeed, US operators’ spectrum needs came into sharp focus this week following the FCC’s unprecedented moves to allow companies like Dish Network and Comcast to loan their unused spectrum licenses to operators ranging from Verizon to AT&T to T-Mobile.

“Once this crisis passes we believe the heavy demand on wireless and wired networks will shine the light on the need for additional spectrum allocation and continued programs to support pushout of broadband into rural areas to lessen the digital divide,” wrote the analysts at Wall Street research firm Wells Fargo in a note to investors Thursday, noting specifically to the FCC’s planned $20.4 billion Rural Digital Opportunity Fund program that is scheduled to start in October.

The Wells Fargo analysts specifically pointed to the FCC’s plans to auction 3.5GHz CBRS spectrum in June and C-Band spectrum in December, and they speculated that neither event would be delayed due to COVID-19.

These elevated expectations arrive on top of predictions that operators would increase their 5G investments outside of the effects of the new coronavirus. For example, the Wall Street analysts at New Street Research wrote last week that the US tower industry is poised to enter a “golden age” featuring “unprecedented growth and visibility” over the next five years. The firm cited the pending merger of T-Mobile and Sprint – widely expected to close in the coming weeks – as a catalyst for up to $40 billion in spending over three years as the combined company merges and upgrades its network.

Other drivers for spending cited by the New Street analysts include Dish Network’s plan to build a nationwide 5G network over the next few years, as well as the FCC’s C-Band auction later this year. That auction is poised to inject 280MHz of spectrum into the 5G marketplace. Putting that spectrum to use will likely require companies like Verizon, AT&T and others to spend billions of dollars not only on spectrum licenses but also on new cell tower locations (considering C-Band transmitters may require new cell site locations due to the band’s propagation characteristics) and new Massive MIMO antennas (considering some estimate such technology could improve network capacity by a factor of three).

It’s also worth noting that the most basic assumptions in the global wireless industry will likely be held up for review as governments around the world hasten to gird the economy. For example, calls by the GSMA to reduce or eliminate sky-high spectrum licence fees could land on firmer ground in the months to come.

Of course, these kinds of Wall Street predictions should be taken with an enormous grain of salt. “At this point it is too soon to know how long the pandemic will last, and whether there will be a more general V-shaped economic recovery in 2021 or not,” concluded the analysts at MKM Partners.